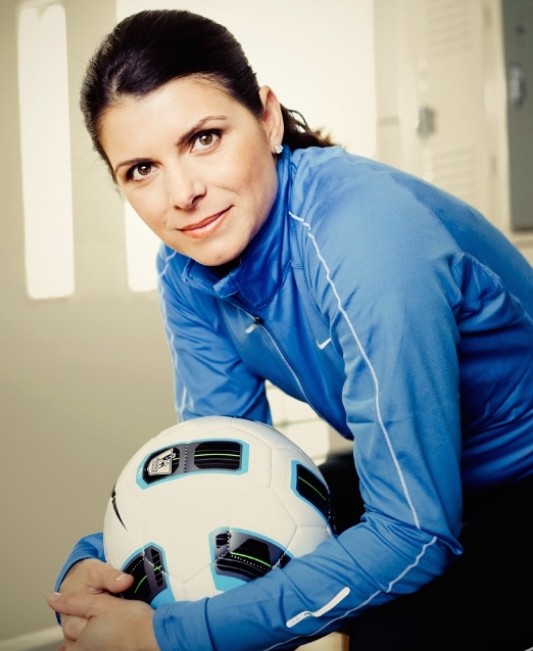 When I met Paige Nielsen, former captain of UNC women’s soccer team and current professional player, and told her about my Project Peak and positive psychology work, she suggested I read two books her coaches assigned. These are the books that have helped lead the wildly successful Tar Heels women’s soccer team, whose members have included Olympic gold medalist Mia Hamm, to 22 of the 36 NCAA national championships.

The first, The Confidence Code: The Science and Art of Self-Assurance, inspired my post Why Confidence is Contagious. On my way back from a recent trip to Boston, I finished the second book the UNC coaches assigned, Mind Gym: An Athlete’s Guide to Inner Excellence by Gary Mack, a leading sports psychologist. Here are my key take aways:

The Power of Visualization

In my TED talk on obstacles and entrepreneurship, I discuss the power of visualization. Athletic coaches use visualization of every detail in the “perfect” game to yield winning outcomes. Instead of looking at all the obstacles that become so big in our mind and inhibit us, visualizing success is powerful in moving us forward. A champion wins in her mind first — then and only then, she plays the game. Mental skills become as important, if not more so, than physical skills, once you reach a certain level of competency.

I cite in my TED talk one of the dozens of research studies that validates the power of visualization and mental rehearsal. One interesting study involved college basketball players randomly assigned to three groups. For three months, Group 1 shot free throws for one hour each day. Group 2 spent an hour each day thinking about shooting free throws. Group 3 shot baskets thirty minutes a day and spent thirty minutes visualizing the ball going through the hoops from the foul line. Which group, at the end of the study, improved its free throw shooting the most? Group 3. The imagery had as much impact on accuracy as shooting baskets.

In another case, a sports psychologist who worked with the United States Olympic ski team divided the team into 2 groups. The first group received imagery training and the second served as a control group. When the coach realized the first group was improving more rapidly than those in the control, he called off the experiment and insisted all his skiers have the chance to train with imagery.

When we have a nightmare, we think it is real. The brain treats images in front of us as if they are real. When I was training for my first marathon, my trainer told me to make a poster “Grace, the Athlete” and post copies throughout my house. This is why I encourage participants in my workshops to “make 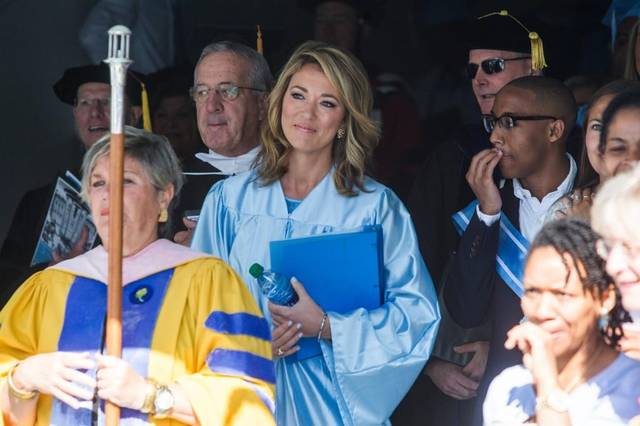 a poster!” of a situational “dream” they have or of someone they greatly admire. By using this visualization, you can turn your dream into future reality.I was the student speaker at my MIT graduation over 30 years ago. A couple of years ago, I put a picture of a large audience at a university commencement in my office. I later was asked to give a commencement address at Elon University. I now have the photo of the 2017 UNC Commencement speaker in vivid color in my office. My dream is to speak at my son’s ceremony or maybe even my grandson’s!

Athletes know how critical it is to focus on the goal and to keep a positive mindset, putting forth best efforts to toss aside negative thoughts. The mind works most effectively when you’re telling it what to do rather than what not to do. Rather than say “Don’t hit the ball in the water,” try “Land the ball ten yards to the right of the pen.” You get what your mind sets.

Ken Ravizza, one of the first sports psychologists to publish a study of the “greatest moments” in the careers of athletes found that over 80% said in that moment, they felt no fear of failure. Rather than thinking about their performance, they were immersed in their activity and were “in the zone.” Fear of failure actually makes failure more likely.

In Project Peak workshops, I encourage channeling fear to your advantage. This is not easy. Our brain treats all images as real, and we stand ready to fight, flee or freeze. Fear makes you play safe. Fear makes you play small. Fear keeps you from taking risks. And sometimes the biggest risk is not to take a risk.

Tennis great Billie Jean King said “athletes should look at failure as feedback.” One CEO client told me he viewed feedback “as a gift for which you say thank you.” All-Star pitcher Greg Maddux put it another way: “Failure is the best teacher in the world.” Failure can be a better teacher than winning.

In my Happiness journey, I have learned that perfectionism is not a good thing. Do you know how gemologists tell a fake emerald from a real one? The fakes are perfect. Real emeralds have flaws. None of us are perfect. Those I coach often share they harbor an internal self-condemning, critical voice. We work hard through sessions, journaling, and discussing my observations and their reflections to release this. Often these voices stem back to negative parental comments from childhood.

The most important thing a parent can give a child is a positive self-image. Critical, condemning coaches or bosses who use fear and embarrassment injure a player’s or employee’s psychological health. I’ve seen CEOs that are let go as their behavior leads to toxic cultures that inevitably leads to poor business results. I’ve also enjoyed working with CEOs who exhibit the opposite behavior of positive engagement and encouragement that leads to flourishing of their employees and in turn, of the business.

One of the themes of Project Peak is “speak the future now.” Michael Jordon said “Julius Erving, Denzel Washington, Spike Lee, and MLK – people I admire – all created their own vision.”

They create a future, and then they live into it.

Grace Ueng (翁惠芷) is Founder & CEO of Savvy Growth, dedicated to helping leaders and their companies maximize success. Founded in 2003 as Savvy Marketing Group, her firm now offers management consulting and executive coaching services as well as keynote speeches and communication workshops. Grace is a globally recognized expert in marketing strategy and personal branding and consults for clients from emerging growth to Fortune 1000.

Elon Commencement: Climbing Mountains of Life: Business and Beyond