Do you have a long-held fear? 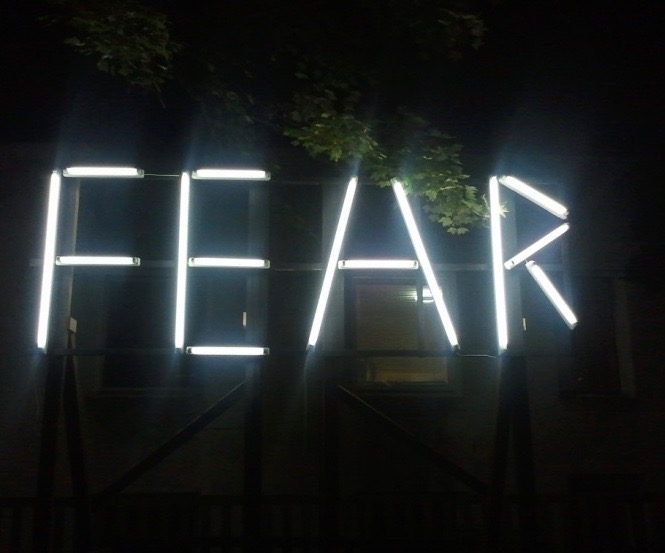 In a commencement speech, I mention a lunch I had several years ago with a friend and mentor – a successful entrepreneur who climbed 4 of the 7 summits.

He asked me if I had a long-held fear.  I gave it some thought and ever since I was a little girl, I had a fear of diving head first into a swimming pool. I greatly feared that I’d embarrass myself in a high school swimming class with a belly flopping splat in front of all my peers. I somehow never had to take that class and decades later had not faced my fear.

I decided it was high time to address this fear.  I hired a competitive Ironman athlete as my coach, and she took me to an aquatic center that had a well laid out deep end where elite athletes train, and she taught me the proper technique. I realized with the right coach, the proper facility, and the right mindset, diving head first is easy and elegant.

Months later, I had the revelation that my literally learning to dive was symbolic. And could help me figuratively dive into any challenge that I feared.

Recently, I received in the mail a special issue from Duke University on the topic of “Fear,” authored by a diverse set of alumni. I was drawn to an article by Nick McCrory, a medical school student at Duke, an Olympic medalist and four-time NCAA diving champion. He introduces his story citing the adage that “diving is 99% mental.”

He explains that in the context of sports psychology, peak performance is dependent on entering the elusive “zone.” His childhood fearlessness was one of the factors that led him to the sport. In the years to come, he was drawn to diving boards. He describes the adrenaline associated with climbing the stairs to the board, walking to its end, and planning the dive in his mind.

When competing in the national championships finals to qualify for the World Cup team, Nick hit the platform on a dive that was a favorite of his and very quickly adjusted to avoid injury. Upon surfacing, the silence of the dumbstruck crowd confirmed the gravity of the mistake he had made. While he had not injured himself, he was shaken to the core by the realization that he was just mere centimeters away from an entirely different outcome, and had all but taken himself out of a place on the World Cup team.

His coach, however, asked whether he was all right, and Nick replied “yes.” He told Nick that he had three dives left and he knew what he was doing. So, Nick replaced his doubt with the trust he had in himself, his training and the confidence that he would not make that mistake again. His turned his fear into determination. He followed up with two perfect dives that received all 10s to earn him a spot on the World Cup team.

While earning the spot was exciting, the most important thing for Nick was that he uncovered the truth about diving. He realized that at its core, diving is a mental game you play not with your competitors, but with yourself. The rules are technical in nature: execute challenging dives with minimal splash and ensure your safety by identifying and correcting your mistakes. But the overall aim is to leave your comfort zone behind, to conquer your fears.

Fear is a good thing. Don’t beat yourself up for being scared. Embrace it. To be human is to be fearful. Our brain’s amygdala processes potential threats. This collection of neurons trains the brain to recognize a threat and to fire up the appropriate action. Our instinctive system defers to the moderating influence of our prefrontal cortex to guide what action we ultimately decide to take.

I often ask my clients: “What are your greatest fears?”  When they share that they are fearful of taking a certain action or making a key decision in their life, I ask them “what is the worst thing that could happen if you take this action?”  Framing their fear in this way, usually makes them realize the worst thing is not that bad, that they can definitely survive. And certainly the best thing is very good. This realization helps them overcome their fear and take action.

The first theme of Project Peak, you miss 100% of the shots you don’t take, relates to the fear of regret. People create “bucket lists” to make sure that they achieve their dreams before they die. Death is one of the greatest of human fears. No one wants to be regretful on their death bed. Facing fears can replace the fear of regret.

Fear increases when unaddressed and can paralyze you.  Perfectionism is a first cousin of fear. When my mom advanced to skilled nursing, I asked if she could participate in physical therapy. I found out that since my mom wanted to be the perfect student, she didn’t want to partake, for fear of not performing well. I am saddened that in recent weeks, she has advanced from walker to wheelchair. I discovered, on the other hand, at my Dad’s 88th birthday party last week, that after living with Parkinson’s for over a decade, he still goes in and rides on the bicycle in restorative therapy each week.

I encourage you to face your fears head on and dive in.

Channeling your fear can also help you build your confidence.  And on the other side of fear lies freedom.

Grace Ueng is Founder & CEO of Savvy Growth, whose mission is to help companies and their leaders achieve their fullest potential. Founded in 2003 as Savvy Marketing Group to advise clients on marketing strategy and personal branding, her firm now also offers management consulting and leadership coaching. Her firm has served over 200 clients from emerging growth to Fortune 1000. View intro to Savvy Growth.